Written by Eloise Wellings After 12 years of dreaming, I have been officially announced in the Olympic team for […] 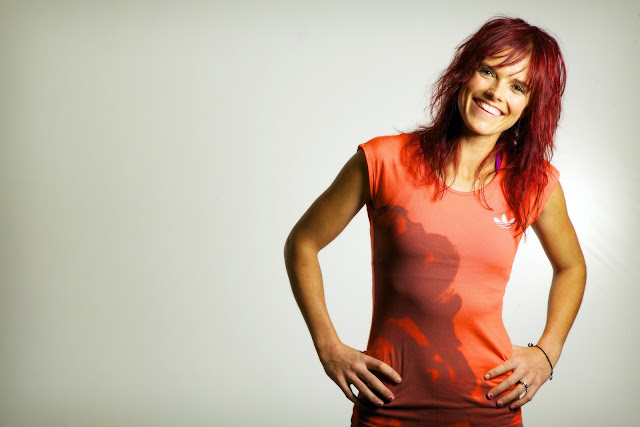 Written by Eloise Wellings
After 12 years of dreaming, I have been officially announced in the Olympic team for the London Olympics!!! I will contest the 10,000m, 25 laps of the Olympic track. It is truly a dream come true.

I first ran the qualifying time for an Olympic Games when i was just 16 years old, I have been measured for 3 previous Olympic uniforms and due to injury and simply not being good enough for final selection I never had the honour of wearing one. I imagine it will be difficult to keep my eyes dry when I finally receive the green and gold track suit at the team outfitting in London next month. But, as my coach Nic Bideau loves to quote “I’m not going for the tracksuit”… I’m going to the Olympics to run the race of my life.

Since the official announcement of selection, the last week has been spent reflecting on the whole journey up to this point.  My routine running loops have been taking a minute or two longer this passed week…I’ve  been enjoying  big hugs from people who I’ve said “g’morning” to on those trails for the past 12 years. People are so nice. I’ve started running with my arms stretch out, poised and ready for another sweaty hug from those who’ve witnessed the sweat and the toil over the years.

I remember when my Olympic dream begun, as a 10 year old watching Irish champion Sonia O’sullivan battle it out in the 3,000m. I turned to my mum and dad and told em’ “I’d like to do that one day”. From that point all I thought about when I ran as a little girl in the under 10’s at little athletics was the Olympic Games and what it would be like to run on “that” big stage. I wouldn’t play games with other kids in the neighborhood unless they were named after the Olympics… It was the “slip and slide… OLYMPICS!”, the “hop scotch… OLYMPICS!”, the “knock and run… OLYMPICS!”.

I remember as a 12 year old, convincing my Grandpa “Pa” to drive his yellow Carrolla up on to the local oval so that he could clock my speed as he drive alongside me as I ran. It didn’t take much convincing really, he loved breaking the rules and equally loved calling out my “pace per hour” as he was reading it on the speedometer in the old’ Carrolla. They were good days, nurturing days. My Pa, bless his soul, was my hero, he had one leg amputated due to complications many years after he was hit by a bus. Even with one leg, he still swam laps every morning at Kiama pool. Defying doctors predictions that it would be too difficult for him to swim with the imbalance of one leg missing.

I remember my old coach as a kid Rod Arnold and his dedication to helping me become a better athlete, teaching me to be disciplined and his unwavering belief that I could one day be an Olympian.

I shared through tears last week about my husband Jony’s “whatever it takes” attitude  as I celebrated the news of selection with family and some close friends. I remembered how at the 2006 Commonwealth Games in Melbourne, Jony was denied entry to the training track  by security at the front gate because he didn’t have an official pass. So without a fuss he kissed me goodbye before I headed into the track to run my last hard workout before my first Commonwealth Games race 3 days later. As I started my first rep in the session I heard Jony call out encouragement, at the end of the rep I looked around to see where he was, I couldn’t see him. I heard him the same in the second rep and the third rep and the 4th rep… and finally I finished and looked around bewildered and I heard him call “up here!”, Nic pointed to him. He had climbed a huge tree outside the stadium, high enough that he could sit
on one of the branches and see right over the track. He smiled and waved,  and we laughed. Commitment. I ran out of my skin 3 days later, running a 16 second personal best and narrowly missing a medal, placing 4th in the 5,000m.

I remember and appreciate the commitment, encouragement and the years of sponsorship from my osteopath “Aunty” Kay Macpherson (who isnt actually my aunty but she is like family) and my podiatrists Owen and Belinda Stuart… All sold out to using their gifts to help me realize this dream.

All of these people, and more, have shaped me.

So as I pack my bags and fly out, London bound this Sunday, it is with a full and a thankful heart to all the people who have ever blessed me with your words and and imparted your belief. I hope I can do you proud!

Straight after the London Olympics, myself and a team of 20 Australians, will be heading to Uganda to celebrate the opening of the Medical Clinic that the Love Mercy Foundation has been a part of building in Northern Uganda. If you would like to run or walk the Sutherland to Surf (22nd July) to raise money to help fund the clinic- which will provide the dignity of adequate health care to up to 20,000 Northern Ugandans affected by war in that area- please visit www.lovemercyfoundation.org and go to “register” to run or walk the Sutherland to Surf for Love Mercy.

Food on the table = a world of difference.