Visiting the women’s beans crops in Barr village A highlight of our trip was visiting the village of Barr, where […]

A highlight of our trip was visiting the village of Barr, where the women have picked up our Cents for Seeds program and done amazing things. Through their own direction, the 350 women split themselves into geographic groups, and elected 3 leaders to represent them and to guide them through the program. We met with these leaders and encouraged them to continue their great work.

We saw the crops of the woman on the right, an elederly lady with many grandchildren. Eunice, in the white top, is a leader of her group, and is an inspiration to many of the women.

The latest report from the program suggests that it is very successful indeed. Florence, our agriculturalist reports:

“One of the women we talked to is growing rice. We visited her garden and found that her rice is doing very well
However, floods were reported at the beginning of the growing season and this affected the crop. She says that these floods were almost destroying her garden but it seems that God protected  her crop. She is expecting one and a half
bags at harvest (105kgs); that is from the 10kgs she received from Love Mercy which is a great quantity.”

“As for beans, some farmers have already harvested and we expect that by the end of this month, everyone will have done the harvesting. The report we were able to get from one of the women who has already harvested is that yield is relatively good. She harvested three and a half basins of beans (70kgs) from the 5kgs that she received. She says that the yield would have gone to around
5 basins but because of unreliable rains at the beginning of the season, the crops were stressed and this led lower yield. We expect the farmers to be able to return the loans because the rains were available enough for the crops to do well.” 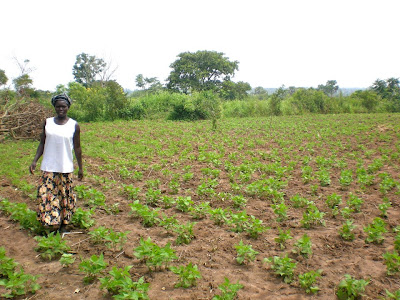 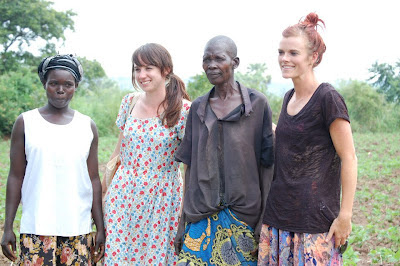 Food on the table = a world of difference.