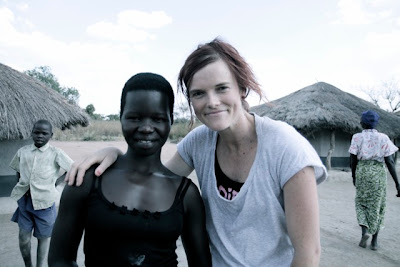 It’s been a busy week here in Lira town and every night I’ve tried to write but have ended up nodding off onto the keyboard. I have a few spare moments this morning before we set off for another busy day running errands around town.

After last Saturday’s long day in the village of Barr we had a rest day on Sunday and went to the local pentecostal church with Julius, Grace, Jayden and Samuel, we were running a little late but as we walked into this huge church with around 1,000 people present they started singing “God is able” which was so great as I didn’t feel so far from home! We hid right up the back, but sure enough, when the pastor got up to preach, he called on his “white sisters hiding up the back to come up and greet us”. Which we did… and everyone enjoyed. Julius also bid on and won the bag of sesame that they auctioned off to raise money for the church youth.

We spent the rest of Sunday catching up with Jimmy and Julius and going over our plans for the next 2 weeks.

On Monday we visited all 35 of our Love Mercy sponsor kids in Julius’s village. This was emotionally and physically exhausting but soul delighting at the same time. What ensued was the expected roller coaster ride that is a trip to one of the poorest parts of Northern Uganda. Some of the kids we had not properly met before and Julius wanted us to see the condition of their homes. We had an amazing time with all of the kids that we visited, but a handful of moments will be forever etched in my memory.

Joan (above) is an orphan of the 20 year conflict. Joan is 16 years old and she is cared for by a relative in a small grass hut within Awake Village She is softly spoken but one of the few kids who wasn’t too shy to try and speak to us in english. She kept saying “please, stay a while and talk with me, sit, you are welcome”. “Tell my sponsor I am so grateful and I love them and pray for them, please greet them from me on your return home”. Joan has been suffering from typhoid but says she is slowly recovering. She walks 1 hour to school everyday and she told me she wants to be a teacher when she finishes school. She was desperate for us to meet her older sister who is 24 years old. Her sister recently lost her baby to tuberculosis.

Then there was Daniel (below), also an orphan, his father was abducted and killed by rebels in the war, his mother died from HIV. Daniel is cared for by his grandparents. He’s just a really smiley kid who has been through more struggle than most will go through in a lifetime. He got out his report card to show us and so we could tell his sponsors that he was doing well at school!
We also visited a woman who has 4 boys and is now a widow. Last year she thought she was the luckiest woman in northern Uganda- Orange, the phone company, came to her hut and asked to build a phone tower on her land for approx $6000 a year. Money like this in the village is unheard of. Unfortunately, the brother of her late husband found out about it and came back to the village and has taken all of the money. This women now doesn’t see a cent, and when we visited she was suffering badly with malaria. She could not afford the treatment or the transport to the hospital, so we secretly slipped her some money so that her brother-in-law couldn’t see. When we visited her, her sons were all softly spoken but very happy to see us. The eldest, Morris, who is 18 took us into his hut and was  chatting away. The 2nd eldest, Walter was given a soccer ball by his sponsor. When I handed it to him, he said “this one is too good!” When we were leaving the village about an hour later, we saw approx. 50 kids assembled on a playing field ready to play. 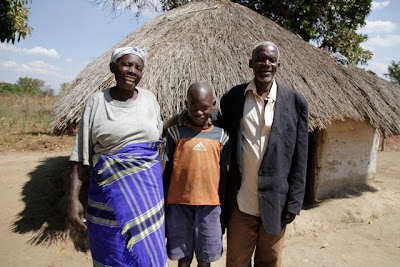 The rest of the week has gone so quick, we have made 3 trips on the long, dusty and bumpy road out to the village for meetings with the women for Cent’s for Seeds. Each time there has been a new challenge and each time we have had to think quick on our feet and come up with answers to questions we have never thought of. Each time God has been faithful to find solutions. After each meeting we hand out soda’s to the women, I learned why some of them have so few teeth… they were opening the glass bottled soda’s with their teeth! We had only two bottle openers for 200 bottles so a few mins to get around to every bottle was too long to wait for some. The soda’s are also a great way to measure the amount of women that are at the meeting. We subtract the number of soda’s left over from the number that we bought. It’s really the perfect headcount!
One of my favourite things about these meetings with these women is that we always start with worship, as well as honouring God, I feel every time that it unites us and breaks down any barriers between us and them regarding race, vastly different living standards or foreign faces or whatever. Worship songs, no instruments, just epic singing and dancing. At the end of one of the meetings I was brought to tears when they prayed for us and a man said to us “your presence here has given us strength”.
Yesterday we visited the almost finished medical clinic and got Julius to take us through each of the rooms and talk us through as if we were a patient. It is so very exciting! Jim Fee, Jimmy and Jullius have done an amazing job with the construction so far and it’s going to make a huge difference to the lives of the people in the community. It’s mind blowing what can be done with good leadership and vision.
Today we visited the returned loan of seeds from Barr village from last years harvest. This was fun! 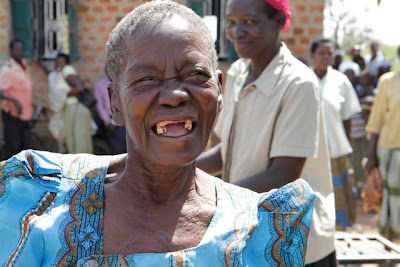 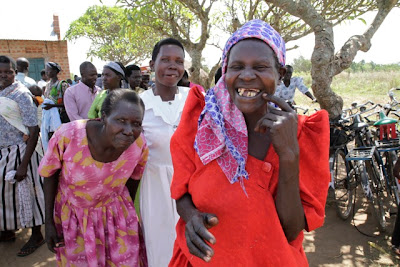