Last week our CEO Rebecca, along with Florence, our Head Agronomist of  Cents for Seeds, and Georgina, the CEO of Huber Social, spoke at the Australian Council for International Development conference. ACFID unites Australia’s non-government aid and international development organisations to strengthen their collective impact against poverty. As a signatory to the ACFID Code of Conduct, Love Mercy holds itself accountable to the highest standard of transparency, accountability and integrity.

They spoke about the Humanitarian development nexus: measuring wellbeing for sustainable solutions. Focusing on our long term approach to development, Georgie and Bec discussed exactly how Huber’s social measurement tools have enabled us to make specific decisions about the Cents for Seeds project. By measuring the needs of the people, we can ensure resources are directed to areas that will have the greatest impact.

This reporting is so important to help us prove and improve our sustainable projects in Uganda. To bring this talk to our community here, you can read Bec’s speech and watch Florence’s video below.

An excerpt of the ACFID 2021 presentation by Bec Lloyd, CEO Love Mercy Foundation:

“Through a friendship between Australian Olympian Eloise Wellings and Ugandan Olympian Julius Achon, Love Mercy was formed 11 years ago in response to a dire need in northern Uganda. There was no long-term solution to the ongoing famine at hand. Julius and Eloise were sending money to purchase food, but it was not a sustainable answer to ongoing famine.

Together with the founding CEO Caitlin Barrett, our Cents for Seeds project was developed to fight extreme poverty and develop food security. Uganda has some of the most fertile soil in the world, they simply needed the resource.”

The Launch of Cents for Seeds

“In March 2010, the transition from sending money to seeds began, and 100 loans of 10kilos were provided to 100 women in northern Uganda. They saw a harvest of between 150 and 300 kilos per person, per loan. Each year, we have added hundreds of women, reaching 18,000 households this year alone. 18,000 households that no longer require sponsorship or government handouts. Soyabeans, sesame seeds and beans are provided to specific villages depending on the soil and climate of that region. Soya and beans are primarily used for food, and sesame is a cash crop, growing in large yield amounts with high value at market.”

Learn more about how Cents for Seeds works and the Village Savings and Loans Association groups here.

Women specifically have been empowered to end extreme poverty

“Women perform most of the agricultural work in Uganda and make up 79% of the agricultural labour force, however typically they are not involved in decision making processes associated with their work, ownership of land or access to additional capital. These disparities further exaggerate social disadvantages and perpetuate the cycle of poverty with women. So within this context, our Cents for Seeds project seeks to empower women by increasing access to education, income, knowledge and health care. It has been shown that by empowering a woman, the effect overflows to her family and her community, and this is certainly true of Cents for Seeds.”

Florence, our head agronomist in Uganda for the last 10 years, explain a little bit more about the outcomes and impact of Cents for Seeds directly from her experience, in a video you can watch here.

The Wellbeing Survey Findings & How They Are Used

“Huber Social has conducted 3 measurements over the course of 4 years. Almost 3,000 people have participated in these surveys, both part of Cents for Seeds and not.

Our 2018 impact report was our first insight into the true depth of impact that Cents for Seeds was having. As well as allowing us to prove the value of our work, it showed the gaps in our project and what needed to be addressed. From then, we had real evidence that we could make strategic decisions with to meet the specific need the community had.

The first major outcome was that Access to water was identified as a priority need, in both our 2018 and 2021 Wellbeing reports. ‘Access to water’ is an indicator of wellbeing for the communities that we partner with, and it was also one of the lowest scoring factors.

Women who walk 10kms to get their water source, often 3 times per day, had lower levels of wellbeing. So, without access to water, wellbeing levels would plateau and not extend beyond that point, not matter the success of the project, her harvest or income.

This is where our Well Worth It project was developed. We formed a strategic partnership with another Perth based non-profit called Water for Africa, and utilising their expertise and experience, began partnering with local teams in Uganda to drill new bore holes in remote communities. Since then, the local Ugandan Water for Africa team have repaired over 300 wells that were left broken, restoring clean water to communities of 500 on average. The drilling team have drilled 37 new wells in 37 communities, many of which had never had access to safe, clean water in their life.  The 2021 report continues to reveal that access & distance to water continues to be a priority need (predictor of wellbeing) in Cents for Seeds communities.

The second key finding, across all three reports, was the significance of the relationship between time in program and wellbeing levels. Wellbeing of women in cents for seeds is 13% higher, than those who are not, and this wellbeing increases with time in program. So the duration of time a woman participates in the project has a direct correlation with wellbeing. It was found, however, that this wellbeing level beings to weaken at the year 5 or 6 mark.

This key finding has helped to inform the decision to progress Cents for Seeds participants into graduation. This has been a game changer in giving insight into a way for us to close the Cents for Seeds cycle.  By the time women are ready to graduate, or are in year 6 of the project, the highest scoring factors demonstrate that they are spiritual, social, financially savvy women with a high level of self respect. They feel connected to their community, can manage their income well and know that their life is important.

Since this outcome was revealed, Love Mercy has graduated close to 2,500 women from Cents for Seeds. Barr, the very first village with whom Cents for Seeds was piloted, was also the first Village to graduate, with a big celebration of achievement in March 2020 – that you can see in the photo!  They were essentially the pioneers of Cents for Seeds, and have set an incredible example of achievement to the other participants. Barr village now run Cents for Seeds on their own, storing the seeds as the season ends and supporting each other through VSLA.

3. Cents for Seeds in the midst of a pandemic

The third major outcome is from the most recent impact report that was conducted in June this year. The communities of northern Uganda have faced drought, floods, hail storms and locusts in the past few years, and now, a two year pandemic. The Cents for Seeds project came under threat twice, strict travel restrictions prevented our team from delivering seeds this year and last. The compounded effect of these challenges has affected access to food, food supplies, education, health care, and almost every aspect of life.

The third key finding is that Cents for Seeds supports participants’ wellbeing despite the challenges of a global crisis.

Overall, despite the ongoing challenges and consequences of a global pandemic, Cents for Seeds is still positively impacting wellbeing levels of women in northern Uganda.”

Cents for Seeds is empowering women and helping to build wellbeing despite a global crisis. The project is needed now more than ever. If you’d like to support Cents for Seeds, you can give a gift here.

You can read the full wellbeing impact report for 2021 and previous years here. 10 questions for Eloise about her debut marathon! 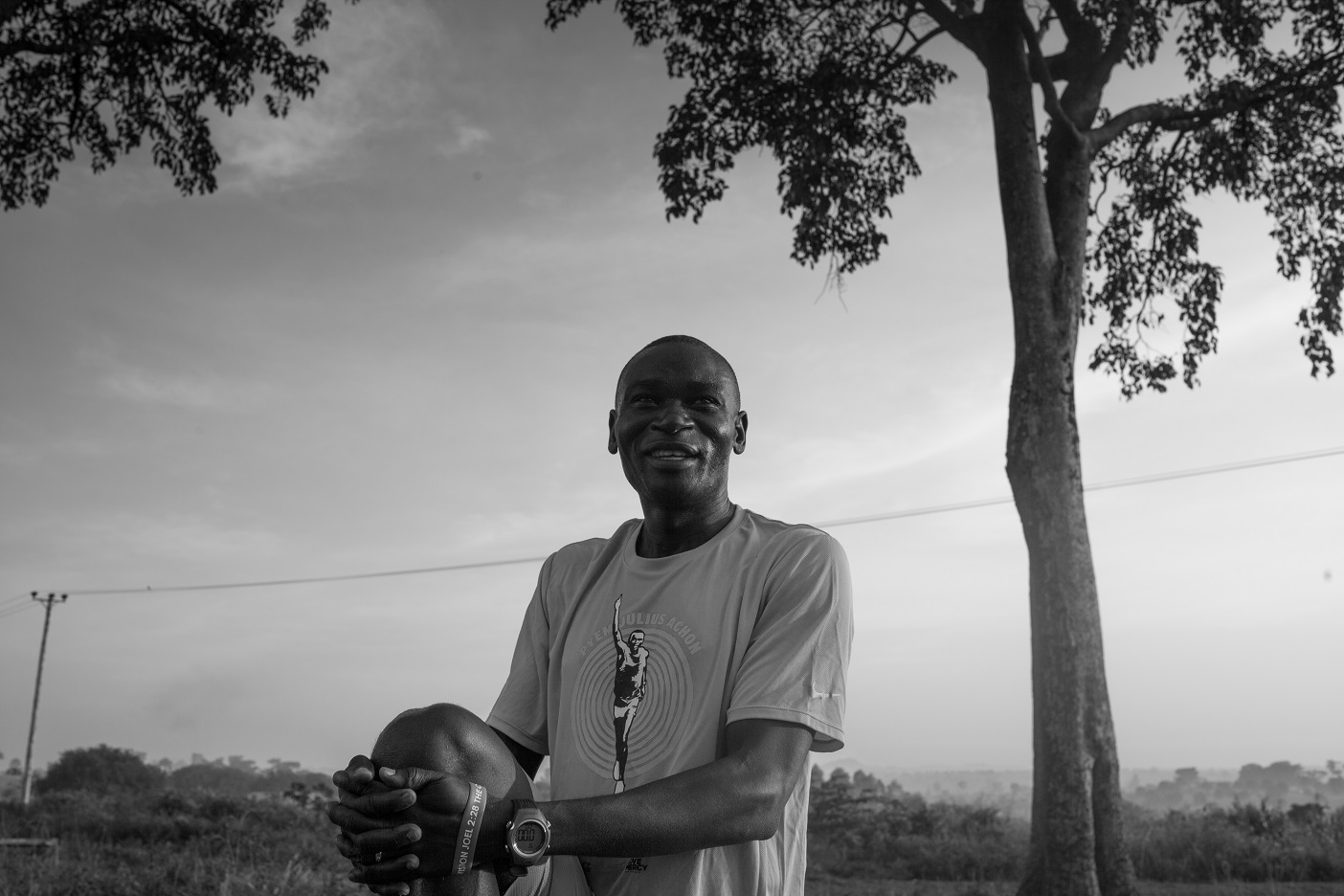 How Cents for Seeds works

Just imagine if you were in labour, the hospital i

Looking for someone to run with next weekend? 🏃

😍 21 gorgeous newborns were delivered safely in

The in-facility delivery rate of babies in Otuke w

Can you imagine arriving to a medical centre in la